Movie Review: “To All the Boys I’ve Loved Before” (With Spoilers) 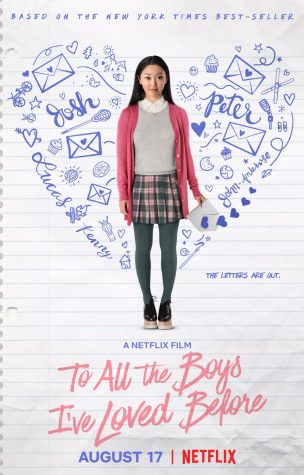 The new Netflix movie, To All the Boys I’ve Loved Before, is all anyone and everyone is talking about on Twitter. The film is based on Jenny Han’s teen romance novel which shares the same name as the movie and was published in 2014. It was released on Netflix in Aug. 2018 and features actors Lana Condor, Noah Centino, and many more. 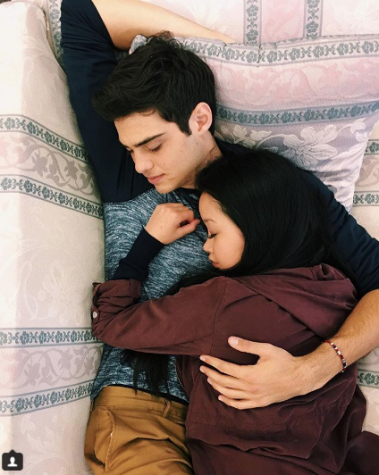 This movie is about your typical high school teenager, Lara Jean Covey, who writes love letters to several of her crushes with no intent of them actually seeing them. Inevitably, her younger sister, Kitty, sends these letters in hopes of her big sister venturing out into the world of dating. The main receivers in this situation are her sister’s ex-boyfriend, Josh, and the high school’s sweetheart, Peter Kavinsky. To ensure Josh that she is definitely not in love with him (as he just broke up with her sister who recently went off to college) Lara uses Peter as a way to avoid that confrontation. Peter wants to use Lara as his “girlfriend” to make his ex, Gen, jealous and, of course, they both eventually fall head over heels for each other. 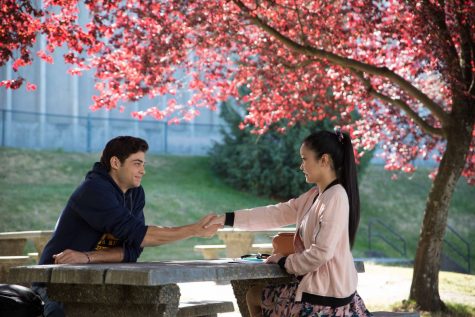 Aside from the cheesy dialogue and the amateur cinematography, this film is almost an accurate portrayal of most high school relationships. I mean, look at the character Peter Kavinsky, who so many girls are fawning over currently. He’s an average jock and the most romantic gesture he made to Lara Jean is going the extra mile to buy her favorite yogurt. Literally yogurt. Also, no one ever points out that he let Gen have Laura’s favorite scrunchie without a fight? I’m not saying this sends the wrong message to young, impressionable girls, but it’s definetly not as far-fetched of a plot as it seems.

Even though this movie may not be an Oscar-winning masterpiece, it does star a p.o.c., Asian-American actress which breaks boundaries for the film industry. “Seeing Asian-Americans finally represented in major roles on screen is truly a dream come true,” said Condor in an MTV News interview. Seeing as this is such an improvement on diversity within the entertainment spectrum, it is hard to ignore the significance of films like these that do star p.o.c. leads.

Disregarding its importance for a moment to judge the film purely based on cinematography, plot line, acting, etc., I give this film a 3 out of 5 stars.