On Monday, December 16th, the Eastern Kentucky police were called about 15 horse carcasses found in the fields near an abandoned mine. The area was known for being a sanctuary for feral horses, who were looked after by the people of nearby towns and farms. 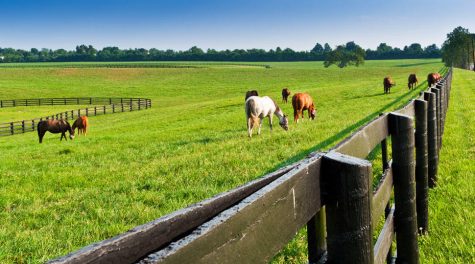 Kentucky police are investigating this crime as premeditated. According to Washington Post article, “15 horses were Gunned Down in a Mysterious ‘Massacre”, the specific area in question is accessible only via ATV, with no nearby surrounding buildings or farmlands. There was an estimated 30 horses living in the area at the time. Someone drove into the area, and unleashed gun fire on at least 15 horses, at least three of which were foals, and two of which were pregnant.

The tragedy really shook up the nearby townspeople. According to the same Washington Post article, Megan Goble, an animal-rescue volunteer who lives in the area commented, “It’s awful they died the way they did. It was murder — there’s no other term for it; it was a massacre. If you’re in these hills in Eastern Kentucky, you’re going to get lost if you don’t know where you’re going. It had to be someone familiar with the area.”

This case gained national attention, especially for animal-rights activist groups. NPR article, “’Act Of Evil’: 15 Horses Were Shot After Being Hunted In Rural Kentucky,” describes how the local sheriff’s office originally put up a $500 award for information on the killer. But donations from businesses, advocate groups, and locals raised the award sum to a staggering $15,000. The article reports how most of the money from a local pet store who frequently ran operations to help care for the local horses. Authorities are still on the lookout for the culprit, and hopefully they can bring the horse killer to justice.