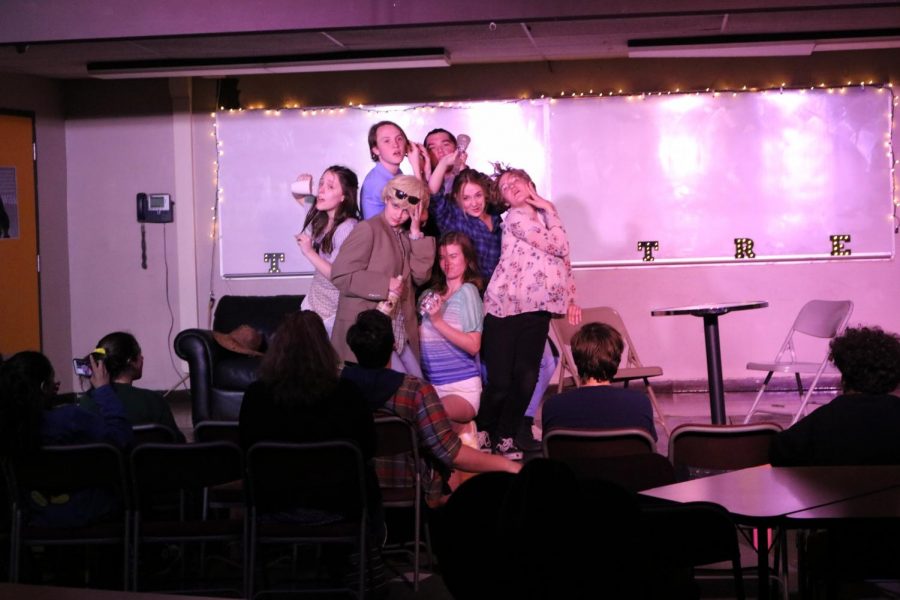 On February 28, Canyon High School’s drama department hosted their first ever Open Mic Night. Students from all over the school were invited to come onstage and perform something for their peers. Admission was $2, and food was on sale for students and families to snack and watch some great entertainment.

The night was kicked off by a group of drama students performing the famous Saturday Night Live skit, “The Californians”. They donned blonde hair and exaggerated accents to give each other directions in a fake soap-opera. They were followed by a variety of acts, including covers, original songs, and even some very punny stand up comedy. Students lounged at tables and couches, and were able to treat themselves to snacks sold at the concession stand between acts.

The audience was packed with students, friends, and family members enjoying themselves. “It was an amazing night that allowed a lot of different people to express creativity in a positive environment,” commented Senior and 4th-year drama student Hannah Cliburn.

Junior and 3rd-year drama student Elaina Soloman spoke about the impact of Open Mic Night, “It was a way for kids to openly express themselves without any guidelines or rules. Whenever they felt like they wanted to share something, whether it was a song or poem or a joke, they could do so freely.”

Students left the night feeling accomplished and proud of themselves. The fundraiser was very successful for the drama program. They plan to hold another open mic night towards the end of the school year to give students another chance to showcase their talents for their peers.