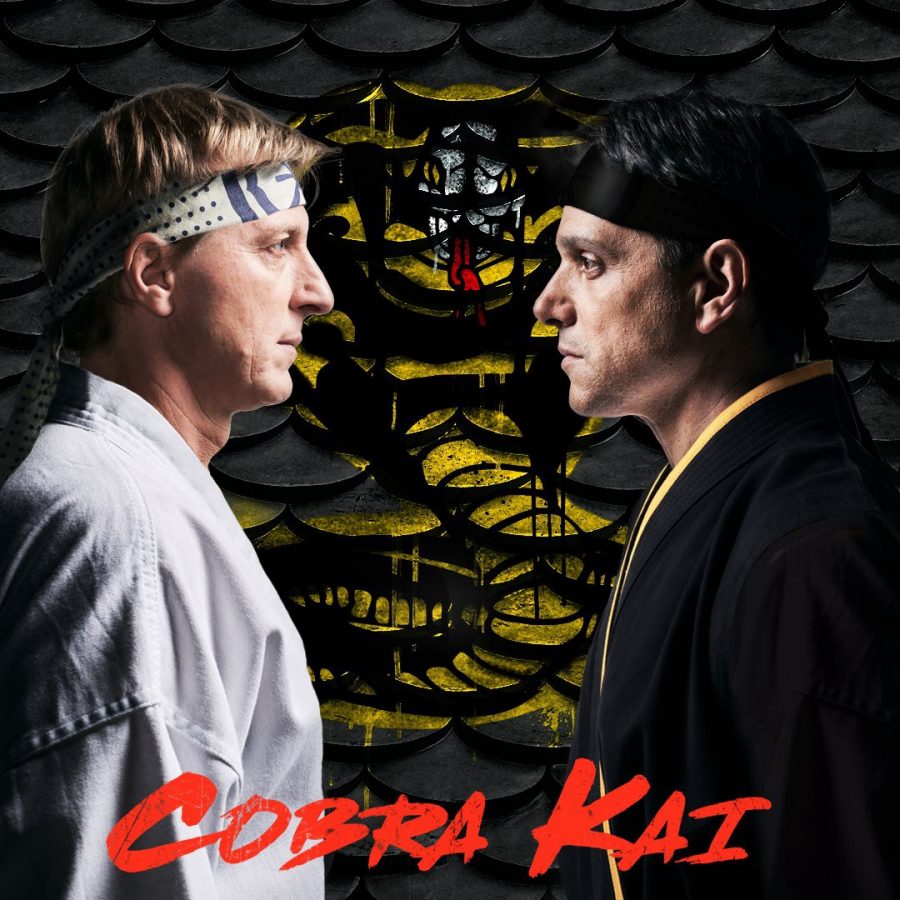 Daniel LaRusso and Johnny Lawrence are tied 2-2. The referee approves the start. Lawrence goes in for the finish but gets kicked

in the face and LaRusso wins! This scene is a famous one, the final match of the All Valley Karate Tournament in popular 80s movie, The Karate Kid. Cobra Kai is a show on Netflix that is a spinoff of to the original Karate Kid movie. It encompasses how the two karate rivals are living in 2018. Both William Zabka and Ralph Macchio returned for the series which also includes new characters.

When the first season opens, Daniel LaRusso is a happily married man who sells luxury cars and lives in a big house with his wife and two kids. Johnny Lawrence on the other hand is less privileged. He lives in a tiny, dirty apartment, hates his job, and drinks too much. Then as luck would have it, Lawrence uses his karate skills to defend a helpless teenager that was being bullied. The teen, Miguel, just moved into the same apartment complex as Lawrence and wants to be taught karate (oh, the irony!).

Lawrence decides to quit his job and opens a karate dojo that teaches Cobra Kai, the form of karate he learned in the original film, The Karate Kid.
He faces tough times, but eventually his dojo starts to grow and becomes very popular in the area. At the same time, there is a twist to the plot. Daniel LaRusso also starts teaching, but only one pupil. As the season starts to wrap up, the original two teenagers restart their rivalries as teachers and frequently conflict with each other. The entire plot leads up to the 2018 All Valley Tournament, the climax of the season. There is much more to the plot than stated, but the general flow of the show is the same. One of the show’s major achievements is encompassing many different subplots at one time. Also, the plot has many twists and turns and keeps the audience engaged. In addition, fans see a new depth to Johnny Lawrence as he is far from perfect. All the while, Daniel LaRusso’s life is complicated as well. There is no hero or good guy in the series, which is different when compared to the movie. Since the setting is modern and the story is in a show format, there is less of the movie-like magic and heroics from the original and the reality is tougher on some characters. Some of the best moments that stand out include when the students start to defend themselves and stand up to bullies, when Johnny Lawrence teaches his students with his unusual methods, and the All Valley Tournament.

To summarize, this show was very good for a multitude of reasons. This show would appeal to anyone who likes action, drama, comedy, and of course, the original Karate Kid film.  It should be noted that there is some foul language not fit for young children, action sequences that may not appeal to all, and extra drama “too sappy” at times. All in all, this show is great and thoroughly entertaining.