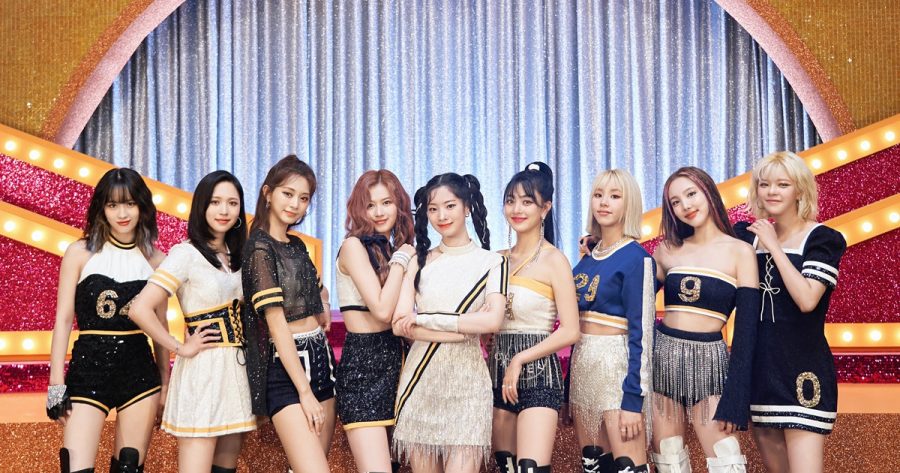 A K-pop girl group, TWICE, is back and stronger than ever with their new all-English single “The Feels”. This is TWICE’s first song to be originally written all in English, and many long-term and new fans have been anticipating this release for months now. TWICE consists of 9 members—Nayeon, Jeongyeon, Momo, Sana, Jihyo, Mina, Dahyun, Chaeyoung, Tzuyu—and they debuted in 2015 under a survival show called SIXTEEN with their song “Like Ooh-Aah”. Since then, they have been consistently releasing comebacks two to three times a year along with another two to three annual comebacks in Japan. As their platform in Korea and  Japan has become increasingly popular, their label company, JYP Entertainment, wanted to increase their relevance in the United States as well—hence their new single.

The song itself is a very energetic song that people find themselves dancing and singing to as soon as it is played. The visuals in the music video mirror a retro-style disco theme with some preppy cheerleader outfits as well as some very elegant dresses. Personally, I think the song is wonderful. The visuals, the outfits, the dance, the music, and the lyrics are all fun to listen to, and I think it is a great way to start off their reputation and career under American influence.

Not only will this single help with their recognition and relevance in the western music industry, but it is also helping them get more involved in American television shows. Recently, they performed “The Feels” on the Tonight Show with Jimmy Fallon, however it is still undisclosed whether or not they will be promoting the song on Korean music shows as well.

Overall, the release of “The Feels” is a massive step, not only for TWICE but for the K-pop industry overall, towards expanding their impact globally, and I am beyond excited to see the members of TWICE grow as artists and as a group in the years to come.

Watch the music video for “The Feels” here: