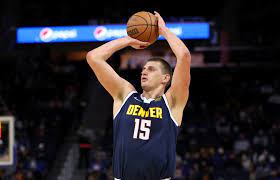 Fresh off a trip to the NBA Finals, the Phoenix Suns opted to bring back the same core that brought them two games away from a championship. After re-signing veteran superstar Chris Paul in the offseason, the Suns are ready to defend their Western Conference title.

After reaching the Western Conference Finals for the first time in franchise history, the Clippers entered the offseason having experienced unprecedented success. But with the absence of former two-time Finals MVP Kawhi Leonard, the Clippers are unlikely to repeat last season’s historic success.

With the basketball world awaiting the return of Klay Thompson, the Warriors wasted no time, constructing a championship worthy roster. In the NBA Draft, the Warriors selected forward Jonathan Kuminga and guard Moses Moody. In free agency, the Warriors signed veterans Nemanja Bjelica, Otto Porter Jr, and Andre Iguodala. Once Klay Thompson returns, the Warriors should be considered one of the best if not the best team in the Western Conference.

For the 15th consecutive season, the Sacramento Kings have failed to make the playoffs and obtained the 9th overall pick for their efforts. With their selection, the Sacramento Kings drafted Baylor guard Davion Mitchell, pairing him with rising star De’aaron Fox. Regardless of their efforts to improve their roster, the Kings won’t be making the playoffs any time soon.

Led by rising superstar Luka Doncic, the Mavericks have the potential to make some noise heading into the upcoming season. If Kristaps Porzingis can produce at a near all-star level, the Mavericks would all of a sudden become a dangerous dark-horse contender in a treacherous Western Conference.

Hopes are high in Houston, as they seem to have found a potential star in the making in Jalen Green. However, as things stand right now, another bottom dwelling season is almost certain.

Not much has changed for the San Antonio Spurs, as another mediocre season seems to be on the horizon. After 22 consecutive years of making the postseason, the Spurs have fallen off a massive cliff. Losing star Demar Derozan certainly doesn’t help, as this team seems fully intent on rebuilding from the ground up.

After pushing the Utah Jazz to five games in the postseason, the Grizzlies look like a potential contender. With the emergence of rising star Ja Morant, the sky’s the limit for the Memphis Grizzlies. Will they be able to build off their promising season? Or will they fall flat on their face in a fiercely competitive Western Conference.

Failing to sign veteran star Kyle Lowry in free agency and parting ways with Lonzo Ball for next to nothing, has left fans wanting more. With rumors circulating that superstar Zion Williamson may want to take his talents elsewhere, don’t expect to see this team come playoff time.

Finishing the season tied for the best record, the Utah Jazz were expected to reach the Finals. However, the Jazz were defeated handily by the Los Angeles Clippers in the second round of the NBA playoffs. Without much roster turnover, the Utah Jazz without a doubt should still be considered a favorite to make the NBA Finals.

Captained by reigning MVP Nikola Jokic, the Denver Nuggets are going to be a force to reckon with this season. Paired with the ascension of Micheal Porter Jr. and the return of star guard Jamal Murray, the Nuggets may be the favorite to reach the NBA Finals.

Despite superstar Damian Lillard reiterating his desire to remain in Portland, the Trail Blazers decided to part ways with former head coach Terry Stotts. In the offseason the Trail Blazers re-signed Norman Powell and acquired Larry Nance Jr. from the Cleveland Cavaliers in exchange for Derrick Jones Jr. and a future first round pick. Regardless of these additions, the Trail Blazers are still a middling playoff team at best.

Adding to their enormous wealth of draft picks, the Thunder parted ways with veteran Al Horford, sending him to the Boston Celtics in exchange for Kemba Walker, Moses Brown, and first round draft choice. Loaded with ample cap space, the Thunder made it a priority to re-sign star Shai Gilgeous-Alexander. Regardless of the moves they made, it’s safe to assume the Thunder will once again be in the running for the top lottery choice.