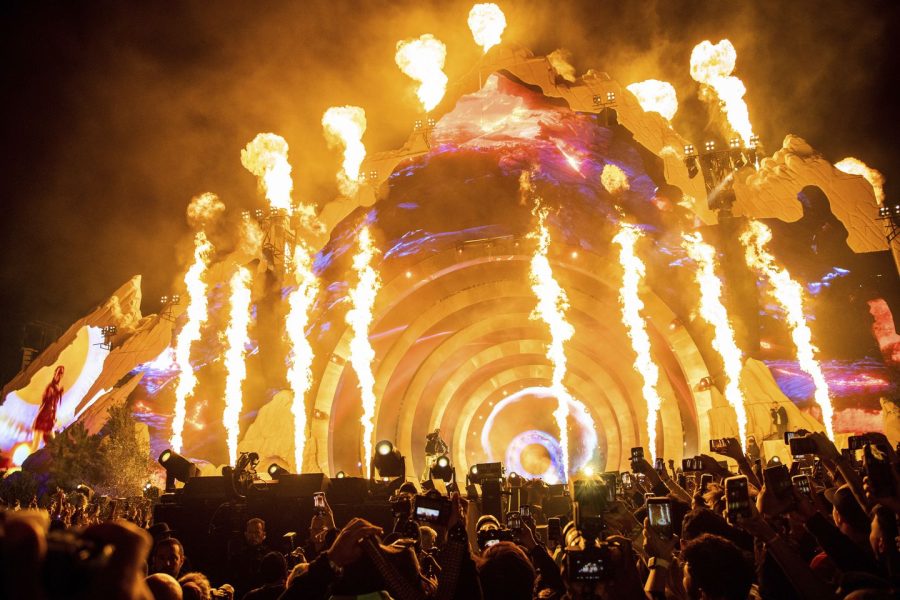 November 5th was supposed to be a fun return to the annual festival, Astroworld, but instead turned into a night of terror and trauma. Astroworld was held in Houston, Texas where it was run by Travis Scott and featured a lineup of other music artists. Fans walked in thinking they’d have an amazing night and leave with a great experience, but what actually happened was far from that. At the end of the night, eight people were left dead and hundreds were injured. So what happened?

The tickets to the event sold out in the first hour they were released back in May. This meant about 50,000 people were going to be attending. The concert was going well until around 30 minutes before Travis Scott was scheduled to perform. That’s when it took a toll for the worst. People started pushing up to get closer to the stage. They said that it made it difficult to breathe and that they were feeling crushed. As this was happening, Cynthia Lira, a person in the crowd, turned to her friend and said,”I’m going to pass out if I stay here”. She wasn’t the only one who was starting to have second thoughts about the concert. As she and her friend turned to leave, Travis Scott got on stage and began to perform. Audience members in the crowd took this as an invitation to push even more. Lira said, “Our chests were cramped up, you could not breathe at all”. Along with her, many others spoke out about how they couldn’t breathe and heard the sounds of crying and screaming for help. Once one person collapsed, it became a chain reaction and it was described that people were dropping like dominos. It was a horrifying sight and the people on the ground couldn’t do anything about it. There’ve been multiple videos released, including one of a girl who was screaming at the concert staff about people dying and was being ignored. People were dropping right in front of Scott, but he continued his concert for 30 more minutes before he finally decided to stop.

As of November 17th, two people who were staying in the hospital have died due to injuries from the concert. This has caused a total of ten deaths overall. As of now, Travis Scott is facing a $10 billion lawsuit on behalf of over 1,500 people who attended the concert. Scott has said that he’s going to be paying for the funerals of all the victims who lost their lives. Scott has also released an apology video, which was seen as a poor excuse to avoid charges. It looks very staged and he doesn’t seem to be sincere at all. Victims are expecting retribution, and it remains to be seen if Scott will receive it.