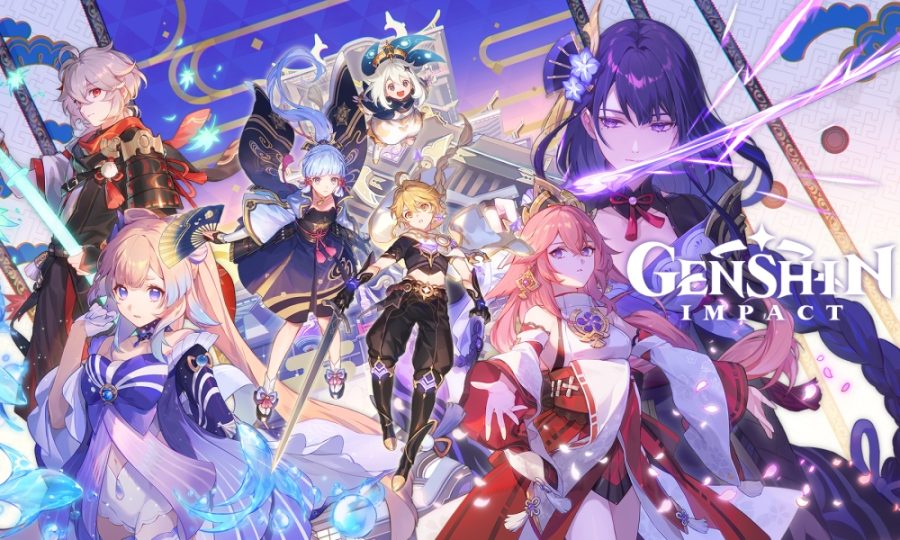 Genshin Impact is a relatively new RPG-style game. It initially came out in 2020 and is still in the making as of now. The game has an estimated full release in about ten years from being released. The game follows a story of a traveler that has had their sibling taken, and they are on a journey to find them. There are seven nations that each have its own archon, god, that the traveler seeks for help. As of now, there are 33 different characters that you can gain to add to your team. Said team can be used to fight various bosses or do daily commissions to get rewards. This game also has a variety of other side quests and areas to explore.

This game is very well made. The graphics are pleasing to the eye, and the characters each have their backstory. The only problem with the game is that the main story is repetitive, and it also takes forever to release new chapters of the game. This causes some people to start the game and stop playing after a while because there’s nothing to do after they are done with that part of the story. This game is also a lot of going around and gathering supplies. The system to get new characters is significantly pay-to-win. The chances of getting a five-star character are meager, and it’s hard to get the gems to wish for characters. Unlike other Gacha style games, which are very generous with gems, the game creators are very cheap with giving free gems. The game creators have events and sometimes give codes for the players so they have a chance to get gems. The problem is that they give little rewards from events and codes. This makes it very hard for players to get new items without spending money.  Other than that, this game has a beautiful design and even has a CO-OP mode when you want to play with friends. This mode is always engaging because it has a variety of activities you can do. It even helps players make new friends by the global option where players can join others from all over the world.

In the end this game is well made with its perks and cons. I would recommend this game to people who like this style of game play. While it’s a good game people also have to be aware of these cons so they can judge for themselves whether they want to play or not.