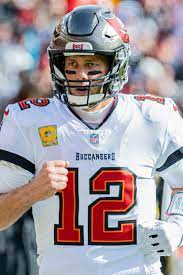 This weekend (01/17/2022-01/15/2022) was the NFL’s Super Wildcard weekend, which saw many teams face off against each other in the NFL’s wildcard round. The winners were the Tampa Bay Buccaneers, Los Angeles Rams, Cincinnati Bengals, San Francisco 49ers, Kansas City Chiefs, and Buffalo Bills. The Tennessee Titans(AFC) and the Green Bay Packers(NFC) won their conferences and skipped the Wild Card round; they will feature in this weekend’s Divisional Round.

Let’s start off with the Bengals. Cincinnati broke a 31 year drought of not winning a Playoff game after their victory over the Las Vegas Raiders. The longest drought in NFL history. The current holder of that record is now the Detroit Lions, who have not won a Playoff game in 30 years. Let’s hope it ends sooner rather than later.

Now we move on to the Tampa Bay Buccaneers, the defending champions of the NFL and Tom Brady’s super team. The Bucs have been regarded as one of the best teams, if not the best team, in the NFC. This has been mainly due to the coming of Tom Brady and other stars, such as Rob Gronkowski, Chris Godwin, and Leonard Fournette. But they are facing some problems, Antonio Brown has been taken off the team after leaving mid-game against the Jets, WR Chris Godwin is out for the season after tearing his ACL and MCL while facing the Saints. They will face the Rams, and both these teams have faced themselves earlier in the season with the Rams defeating the reigning champs.

The LA Rams have been a surprise this season, beating the defending champions in week 3, and winning NFC west by a substantial margin. They are also one of the teams that have picked up the least penalties all year with 76, showcasing just how disciplined the team is. Matthew Stafford has 13 interceptions, not bad for a quarterback who was 0-3 for playoff games until this weekend in which they obliterated the Arizona Cardinals with a score of 11-34.

Looking North, we will find the San Francisco 49ers who have unsurprisingly made the playoffs after all their injured players recovered from last season’s flop. They will find themselves facing the Green Bay Packers in Wisconsin this weekend. Hold on to your seats as that is going to be a wild match especially with the return of Nick Bosa and Jimmy Garoppolo

, who were both questionable after their convincing win over the Cowboys in Dallas.

Kansas City has had a rollercoaster of a season, starting their first seven games 3-4 . This was disappointing considering that they won the AFC last year and Super Bowl LIV 2 years ago. Nevertheless, they have risen from the ashes and taken charge of the AFC West. They strung together a 8 game win streak that was broken by the Bengals.

Alas, we reach the cold cold lands of the Buffalo Bills. The Bills have been absolutely amazing this season, winning the AFC East and beating the New England Patriots in a win or lose wildcard playoff game. But they face the long and hefty road to Kansas City, which will be a doozy as both of these teams fought to win the AFC, and Kansas City came on top.

The world of Football is a strange and interesting one, but whether our teams lose or win, we are glad to be able to watch such talented individuals battle it out!