The Deeper Meanings in Steven Universe 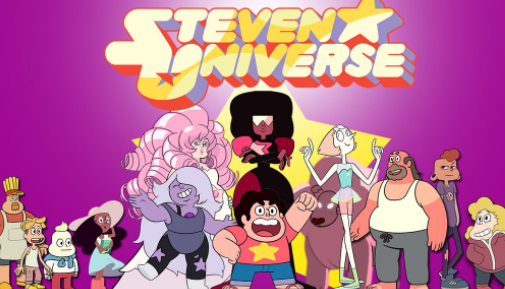 Steven Universe can be a show that is overlooked as a kid’s show. Watchers may view the show like this because of the animation style, which consists of different unique colors that have a softer tone. The animation is also very cutesy, which is the style used in most children’s shows. Most watchers choose to look into the deeper meanings, some of the characters’ backstories, or just what happens in some of the episodes. What happened with Kevin or Lapis Lazuli are good examples. There are also examples such as the Diamonds or the way that Homeworld is run, topics widely discussed in the fandom.
Lapis Lazuli
Lapis Lazuli is a character that has been left alone and used almost all her life. When she was trying to evacuate Earth, she got stuck in the crowd and was trampled over. This incident led to her getting poofed, when a gem dies and just becomes their stone until they reform, and her gem getting cracked. While she was poofed, another gem found her and trapped her in a mirror. Then the Diamonds thought she was a part of the crystal gems and tried interrogating her. That didn’t go as planned, and she was left stranded on Earth.
From experiences like this, it seems reasonable for her to have trust issues or have stronger boundaries. She also doesn’t want help from anyone and doesn’t want to have other people in her life. She had a very horrible experience with Jasper, another gem. Jasper kidnapped her then forced her to fuse. This type of fusion was terrible and toxic, and it was formed from anger and hatred. Jasper was a horrible person to Lapis, but she could not help but miss having someone so close to her. The relationship between them is a representation of an abusive relationship.

Kevin and Kiki
In the show, these two are side characters, but they both represent different struggles. In this episode, he asked the fusion Stevoni to dance, hang out, and go out with him. No matter how many times she said the word no, he wouldn’t listen. In a later episode, they meet each other again, and this time Stevoni challenges Kevin to a race so that she can win and get back at him. They soon realize that they are giving in to what he wanted, a reaction out of them. It isn’t said directly, but it’s obvious that Kevin is a very insecure person. This is the reason why he would try so hard to get the reactions from others. He feels like he needs to put others down so he can feel better about himself. That’s why when Stevoni didn’t give him a reaction, he threw a temper tantrum.
Kiki is one of the twins that work at the pizza shop. Her sister has been bailing on working and asking Kiki to cover for her shift. Kiki is shown as a major people pleaser, she has a hard time saying no and hates to see negative reactions. Kiki starts to have nightmares because she is so overworked, having to keep cover for her sister. Eventually, after getting help, Kiki learned to put her needs first and she was able to say no to her sister.

Gems and Rose Quartz
The gem society is a type of caste system. Each type of gem has its own role, and if the gem steps out of its role, it will be punished. The rulers of Homeworld, the Diamonds, are the ones who command everyone. They are treated almost like gods. The Diamonds colonize planets to create more gems. One gem realized how much organic life they were killing, her name was Rose Quartz. She stepped out of her role to attack one of the diamonds. She was never punished because she was able to escape but she is now wanted by the Diamonds. She started a war between Earth and Homeworld gems. The war ended, but Homeworld still tries to attack Earth. The gems that come to Earth from the Homeworld think that it’s bizarre that the Crystal Gems don’t follow the same rules. The way gems are treated depends on their role as well. An example is how Amethysts are treated very poorly because they were made on Earth, but they are used for their strength because they are all tough.

This show is overall an amazing show and I would recommend it to anyone who enjoys these types of shows. This show is made for almost everyone, with its cute cartoon characters that children would like to its deeper meanings within that other kids would like. 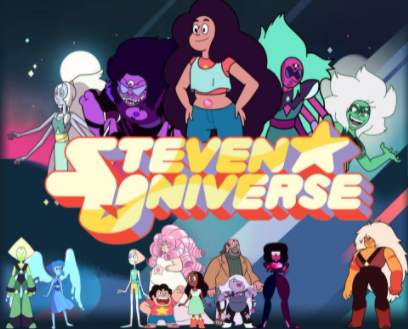