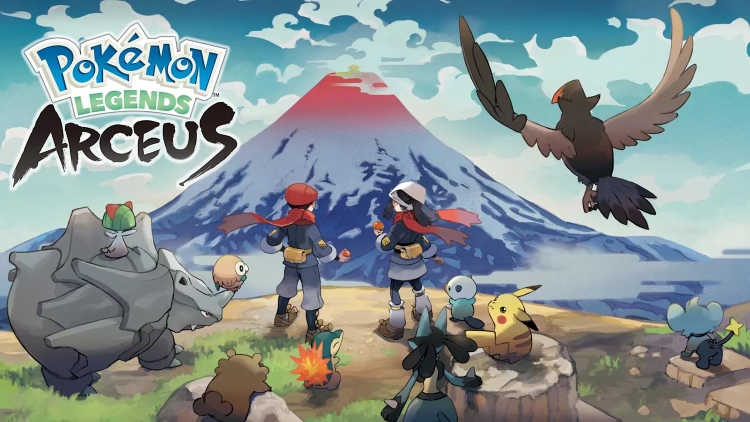 Up until this point, Pokemon has been pretty stale, the gameplay with the main series games have been a carbon copy of each other since 1998. With this main entry in the franchise, it is the breath of fresh air that the series needed. It finally breaks the turn-based RPG format and I could not be happier. Everything you expect from a normal Pokemon game has been scrapped, things like gym badges, trainer battles, an evil team trying to take over the world, and a champion whose throne you are destined to take. They also redid some of the most basic systems like random encounters to its benefit and they redid evolution to where you do it manually in a menu which is great for the new game mechanics.

Speaking of new game mechanics, what I love about this game is that it takes a little from Breath of the Wild where you have a crafting system to make pokeballs to assist in your goal in completing the Pokedex. Incidentally, the Pokedex has become something completely new from its counterparts in the other games and this is another step in the right direction for the series. In the old games, the Pokedex was a chore to complete but now it is a completionist’s dream or perhaps nightmare from how much stuff there is to do with every single Pokemon in the dex. In previous games to complete an entry, you had to catch a pokemon only once and that was it, but now you have to catch the same pokemon multiple times and actually use it in battles.

Another new addition that I am really happy about is that they finally changed how catching Pokemon works. Gone are the days of dealing with random encounters when walking through tall grass and I could not be more glad. There are also now multiple approaches to catching Pokemon. You could always go the more traditional route of battling it, lowering its health, and then catching it but what is so great about this game is that you don’t have to do that to successfully catch one. Of course, there are going to be some stronger ones where you are going to have to go the old-fashioned way, but there is a large majority of Pokemon where you can just chuck a Pokeball at it. Speaking of which, it is so much fun just to run around throwing pokeballs and catching as many Pokemon as possible.

As much as I do enjoy this game, I do have some issues with it that I find incredibly egregious. The most offensive issue to me is how empty this game feels especially since this is a full $60 and with how little there is in the game it feels like a beta rather than a full release. This game in all honestly could’ve used another 6 months because if you compare this game graphically to Elder Scrolls IV: Oblivion, which mind you came out in 2006, Oblivion looks better and is more full of life. If you ask me, that is pathetic. I really do like where Nintendo is going with the series but next time they need to work on this game a bit more before they release another semi-open world Pokemon game.

Even with the issues I have with it, I did enjoy my time playing this game and would highly recommend that you play this game if you enjoy Pokemon or collectathons.