The Book of Boba Fett Review 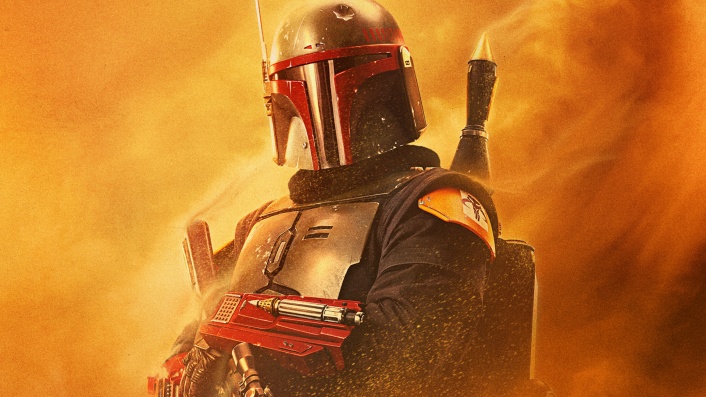 Boba Fett returned to the Star Wars universe in season 2 of The Mandalorian. Since then, he has received his own show. Given Disney’s track record with Star Wars content, which has been widely regarded to be not great, I was cautiously optimistic. This series answered the question, “How did Boba Fett survive?” held by many fans, in a believable and satisfying way.
The Journey of a “Dead Man” (Spoilers)
After Boba Fett escaped from the Sarlacc Pit, his armor was taken by Jawa scavengers. He was then taken prisoner by a local sand people tribe. At first he was just a normal prisoner, but after proving himself to the Sand People, he was freed and adopted into the tribe. Shortly after this, the tribe was attacked by a crime syndicate known as “The Pikes”. The Pikes were threatening the tribe so Boba helped them raid a Pike supply train and kicked them out of the region. This action made him a full member of the tribe. Unfortunately, his tribe was killed and he swore to take revenge against the people who he thought were responsible. This propels his journey into taking over the Hutt Cartels criminal hold over the planet. The Hutts were a massive crime family, led by Jabba the Hutt, who was killed by Princess Leia at his party barge years ago. Boba has come back to take his throne and he initially succeeds. After this, however, there were a multitude of assassination attempts, the most notable of which being the Wookie bounty hunter, Black Krrsanton’s attempt, which almost took Boba’s life. Surprisingly, Boba spared Krrsanton’s life, an act of mercy that would prove vital for the future. Due to Boba raiding the Pikes, the Pikes wanted exact revenge on Boba, feeling threatened by this, Boba began to assemble a team to defend his throne and his world. His team was composed of the very best: himself, bounty hunters Fennec Shand, Black Krrsanton, the Mandalorian Din Djarin and even a Rancor. Included in the team is a town militia from the town of “Freetown”. The people who came to the aid of Boba Fett after Cade Bane shot their Sheriff and since the Mandalorian helped them and is helping Boba, they decided to help in the defense of Boba Fett’s throne. Against them were the Pikes and the legendary bounty hunter known as “Cade Bane”. He and Boba have a history and this battle was personal. Ultimately, the legendary Cade Bane fell to the hands of Boba, ending the infamous character’s story. Together, they fended off the Pikes in the streets of Mos Espa and Boba took the throne he fought so long and so hard to get.
Authors Opinions
The overall story of the show was good. However, I would note that the show relied too much on outside characters. The introduction of The Mandalorian, Cade Bane, and Luke Skywalker into the story were “cool”, but they took attention away from the main character, Boba Fett. It was important to establish how the Mandalorian and Baby Yoda came back together after the end of Season of The Mandalorian show, but his continued staying on the Book Of Boba Fett show only takes away the attention on Boba and makes the show look like it is using other character as “crutches” to make the show interesting. Other than this however, the show itself was an entertaining show and is definitely worth watching if you’re a Star Wars fan.