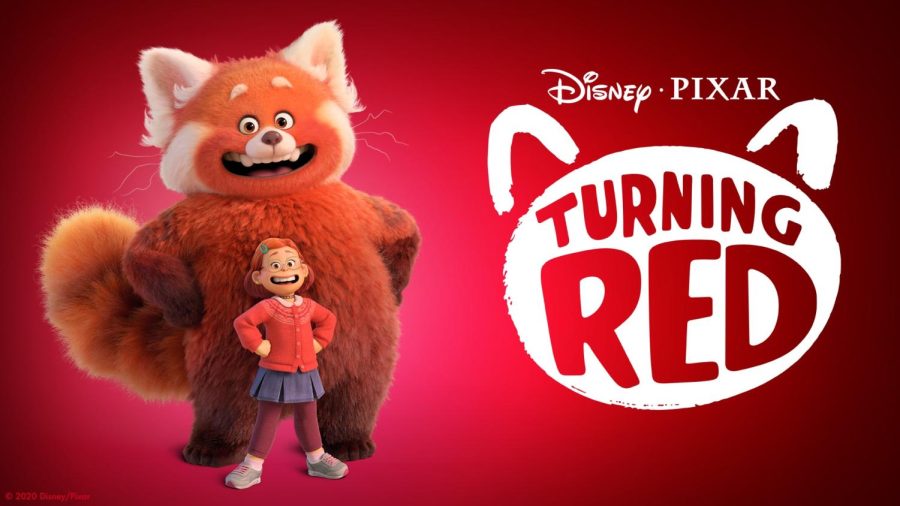 Released earlier this year, Turning Red is a coming-of-age story for Mei Lee, a teenage girl growing up in Toronto, Canada. She is a Chinese-Canadian which offers a unique perspective in the experiences she goes through in this story. Mei Lee is clearly based on the experiences of the director, Domee Shi, as she herself is a Chinese-Canadian.  While the movie did nothing truly innovative or different with its story, it’s humor and new animation style keeps the audience engaged the whole time. The movie begins with Mei Lee being just an average girl, until she discovers her family’s big secret.
The Family Secret:
One morning, Mei Lee wakes up and discovers that she has transformed into a giant red panda. She is naturally scared and surprised, her parents tell her about the family blessing, now a curse that all women in their family go through. Upon reaching a certain age the women in their family turn into red pandas when they experience strong emotions. This is used as a clear metaphor for puberty and maturing into adulthood. This plot point is what drives the entire story forward.
Brief Summary of the Story (Spoilers):
Mei has a group of close friends that help her through her troubles throughout the movie. Mei is also very attached to her mother and seeks to please her. The desire to have fun and live life with her friends comes into conflict with her desire to please and honor her mother. The prime example of this throughout the movie is Mei’s desire to go to see the boy band called “4-Town” in concert. Her friends encourage this and share in her wants, while her mother disapproves of them. In addition to this, Mei uses her powers to raise money to pay for the tickets to the 4-Town concert, behind her mother’s back. This leads to Mei using her panda power to go to her classmate’s birthday party, where she attacks him in a fit of anger after he threatened to not pay her. Mei’s mother, assuming her daughter wasn’t capable of doing these things, blamed her friend group. Mei, instead of standing up against her mother, sides with her which causes a rift between Mei and her friends, who feel betrayed. This pushes the movie into its last act. Mei ends up refusing to do a ritual that will get rid of their Panda powers and runs away to go to this concert with her friends, where they meet up and reconcile with each other. Her mother is livid and transforms into her Red Panda, which is massive in size. She finds Mei at the concert and the two of them fight over Mei’s actions. Mei reveals her true feelings about her friends and her interests, which only further enrages her mother. The movie ends with Mei and her Mother reconciling during their shared ritual to get rid of the panda, which Mei refuses again, instead choosing to embrace her true self.
Authors Opinions:
The movie was overall good and definitely worth a watch. The different animation style was indeed offputting, but I got used to it quickly. The style works with the movie and its cartoony, youthful tone. The overall story is definitely aimed at young girls maturing into puberty, however, this did not stop me from empathizing with the story and the characters. The coming of age story, conflict with authority, and finding oneself are all themes teenagers of any group can relate to. However, the movie did nothing new, the plot was fairly predictable, and the climax was heartwarming, but very generic. Despite this, the film was very fun and definitely worth watching if you have the time.