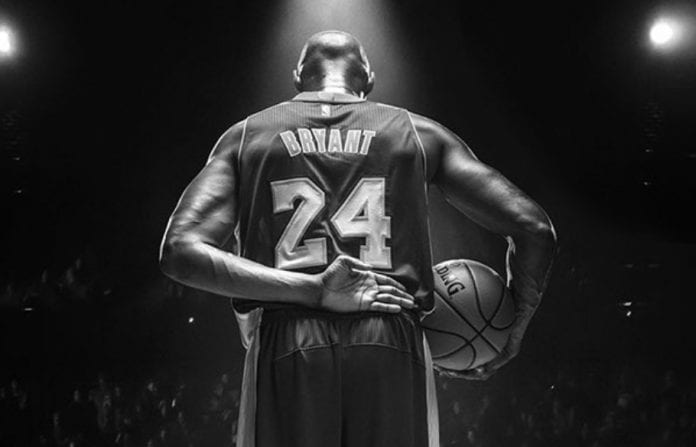 On January 26, 2020, Kobe Bryant, his daughter, and several other people tragically passed away in a helicopter accident.

“Kobe Bryant: One year Later”
One year ago, on January 26th, 2020, something happened that changed the world forever. Kobe Bryant and his daughter Gianna Bryant were killed in a tragic helicopter accident. This fateful day stunned millions across the world as they remembered the many memories the basketball legend gave to countless fans. So in honor of the Black Mamba, let’s look back at some of his most notable moments.

On June 4th, 2000, the Lakers played the Portland Blazers for a win-or-go-home game 7 of the Western Conference Finals. The Lakers overcame a 16-point deficit to win, and Kobe threw a famous alley oop to Shaquille O’Neal. On June 18th, 2000, Kobe and the Lakers went on to win the NBA Finals, Kobe’s first.

On June 11th, 2002, Kobe won his third straight NBA Final. The Lakers swept the Brooklyn Nets 4-0 and the Lakers became just the 5th team in all of NBA history to win three or more titles in a row.

On April 14th, 2004, the Lakers and the Portland Blazers squared off yet again, but this time with the division title at stake. Kobe hit two crucial buzzer-beater three-pointers — one to force overtime and the other to win the game, the first of which came while Ruben Patterson, the so-called “Kobe Stopper,” was guarding him. The Lakers claimed the division title.

In the 2005-2006 season, Kobe had two iconic games. The first happened in Dallas, when on December 20th, 2005, he scored 62 points through just the first three quarters. This was one point more than the entire Dallas team. Just a month later, in the second-highest scoring game by an individual in the history of the NBA, Kobe carried the Lakers on his back and dropped 81 points against the Toronto Raptors. They ended up winning the game in come back fashion.

Against the rival Boston Celtics, in a historic series, Kobe Bryant won his 5th NBA Finals. His key pass to Metta World Peace helped seal the title, which was his second without Shaquille O’Neal. Many critics of Kobe thought O’Neal was more crucial in the three straight championships they had won early on in Bryants’ career. Many said Kobe could not win without him, so that made the two titles he won without him more memorable. On top of that, the Lakers had lost to the Celtics in the 2008 championship series, so this was revenge for Bryant.

In one of the most Herculean feats of all time, Kobe Bryant made two free throws in a row in a 2013 game against the Warriors. What made those free throws special is that he had just torn his Achilles tendon. He stayed in until he made the free throws, which ultimately won the game for the Lakers.

Over 20 years, Kobe Bryant became one of the most influential basketball players and human beings in the entire world. He had an insane work ethic and mentality, which he dubbed “the Mamba Mentality”. Kobe Bryant outworked almost everyone on his team and was one of the most mentally tough people in the game. His mindset carried over into his life outside of basketball and inspired many to become the best versions of themselves. His influence is why when he passed, thousands came to see his memorial in downtown LA and millions felt the impacts of the event. He will always be remembered and loved by the people of Los Angeles and the world.